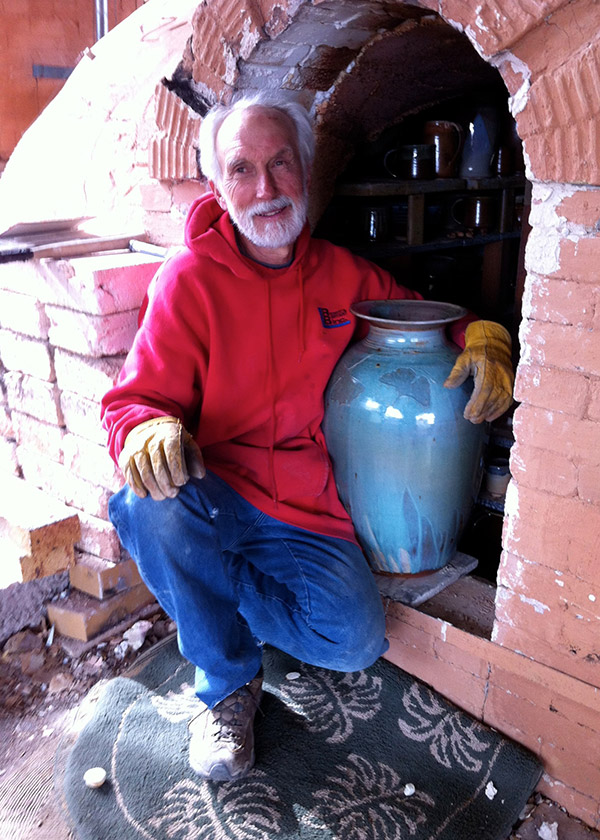 Dick Mackey in his ceramics studio 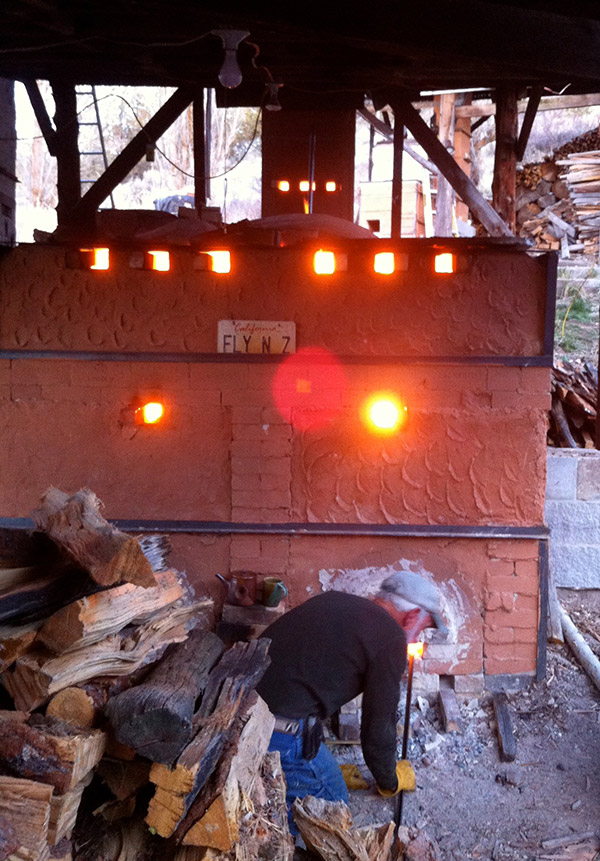 Dick Mackey and Mark Bollwinkel worked as Teacher’s Assistants in the Ceramics Department of the University of the Pacific in Stockton, California between 1972-74. Both were introduced to the art of ceramics by Dr. Allen Wilcox; both deepened their experience of the art with internships in Japan, the Yucatan of Mexico and India while undergraduate students. During their time in Stockton they formed a lasting friendship around their love for pottery.

Dick is the part owner and full time manager of his family’s Canyon Creek Ranch outside of Alturas, California, the seat of Modoc County; population 7,000 people and one-half million cattle. At 4,000 ft. altitude and in high desert landscape the ranch is nestled in a beautiful and lush green valley.

Mark is a retired United Methodist pastor, having served churches in Africa, Southeast Asia and in his home territory of California and Nevada.

Both men are part time potters with a full-time passion for clay and fire.

Over the years Dick has built a fully equipped ceramics studio on the ranch, with Mark’s participation. They held an annual Raku workshop each August on the ranch for many years. “Rakuuion” became a gathering of many longtime and dear friends who love pottery and each other, as well as a chance to introduce the unique opportunity of Raku to new potters and students of the craft.

Using bricks gleaned from factories in Stockton for Dick’s senior project kiln and many more, the men and a handful of trusted friends built and fired Francine the Fire Queen twice a year for almost twenty years. It has recently been decommissioned. Its bricks were used as the foundation of a new, larger and more efficient Tamba kiln affectionately named after the Mackey ranch brand, “The Flying Z”. It is fired exclusively with wood as its fuel; the ranch offers a sustainable supply of downed trees and reclaimed fence posts. Taking three days to load, the kiln takes another 48 hours to fire to a maturing temperature of “cone 10” (2,345 F) and two days to cool down before opening to unload.

The Japanese are credited with perfecting the benefits of wood firing. The ash of the fuel chemically interacts with the clay and glazes of the pieces, “shadowing” the pieces as ash is deposited during the firing. Most of the pieces fired in The Z are “Shino” glazes, highly concentrated feldspar glazes developed by the Japanese and now crafted by American potters in new and exciting ways. A close examination of these pieces will reveal spots of “carbon trapping” where carbon is encapsulated in the surface of the glass; reduction of metallic oxides such as copper or iron; ash streaking which amplifies the form of the piece.

Pottery pieces from The Flying Z reflect years of commitment to craft, many hours of manual labor and the love of friends for the potential of expression in clay, wood and fire.

We hope you enjoy your new treasure!